Definition of ‘Barter Economy’ - A barter economy is a cashless economic system in which services and goods are traded at negotiated rates.

Title: What is barter economy? 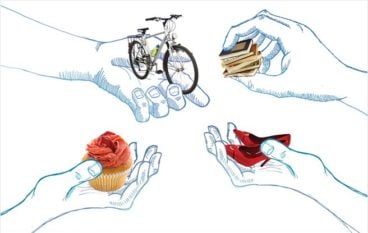 This system can be helpful in times of financial instability, as it eliminates the need for cash.

If the economy is in a slump, there may be no need for cash and that means that a barter economy can help people without access to currency.

When people, who have goods to trade, do not own the goods, they cannot give anything to obtain a good from another person. This could be particularly helpful for groups who live in poverty.

The history of barter economy

A barter economy is an ancient form of trade in which goods and services are exchanged without the use of money. Barter economies were common in many parts of the world until the 1800s when they began to disappear as a result of the growth of commercial societies.

The vast development of the market economy and a money-based economy, which came about with urbanization and industrialization, did not change the barter economy. It was only in the last century that this form of trade slowly disappeared.

The exchange of gifts is one of the oldest economic systems and can be traced back to at least 5,000 years ago. In the ancient world, this form of exchange was the primary means of production and circulation of goods.

The barter economy appears to have grown from this gift economy, where gifts are given as tokens of love and friendship.

The barter economy predates money by many millennia. People exchanged goods for weapons, food, crafts etc. The word "salary" originated from this system.

At some point, Roman soldiers were sometimes paid with salt instead of money because of how valuable salt was at the time. This monthly pay was called "salarium" (Sal is salt in Latin). This is the root of the word "salary".

In situations where a currency became practically worthless, people turned to a barter economy to trade. Examples of this could be seen during the hyperinflation period in Germany and the Great Depression of the 1930s. Today, people now do person-to-person bartering online through swap markets.