Definition of ‘Blockchain’ - A blockchain is a distributed database that uses a peer-to-peer computer network to verify and record transactions for a cryptocurrency or other data-intensive application.

Definition of Blockchain – A blockchain is a decentralized digital distributed ledger that records all transactions using a peer-to-peer network to verify and record transactions. Blockchains use complex encryption to maintain secure databases without the need for a trusted central clearing authority.

Blockchain networks are used to create and store cryptocurrencies such as Bitcoin and verify the transfer of funds enabling them to be used a medium of exchange. Every time a user sends or receives a cryptocurrency the transfer is recorded on the underlying blockchain.

As blockchain networks are fully decentralized, they spread data across multiple locations, creating redundancy and making it hard for a single entity to tamper with it. Without a centralized authority, blockchains can operate 24 hours a day and process transactions rapidly at lower cost than traditional systems such as banking networks.

Cryptocurrency payments on blockchains reduce the risk of sensitive financial data being compromised or a user’s identity being stolen. Cryptocurrency wallets have public and private keys, both of which are needed for someone to gain access to the funds inside.

Public blockchains are used to run digital currencies, but some projects are developing private blockchains that can be used in enterprise settings.

While cryptocurrency tokens are the best-known application for blockchain, the technology also has the potential to be used in supply chain management, sharing healthcare information securely, and authenticating ownership of physical assets such as real estate, fine art, and autonomous vehicles. As well as financial data, blockchains can hold information such as contracts, inventory descriptions and identification.

What is a blockchain example?

Bitcoin is the first example of an operational public blockchain network, which launched in January 2009. Since then, thousands of blockchains have been created. Some cryptocurrencies run on their own dedicated blockchains, while other coins run on existing blockchains, especially Ethereum or Binance Smart Chain (BSC). 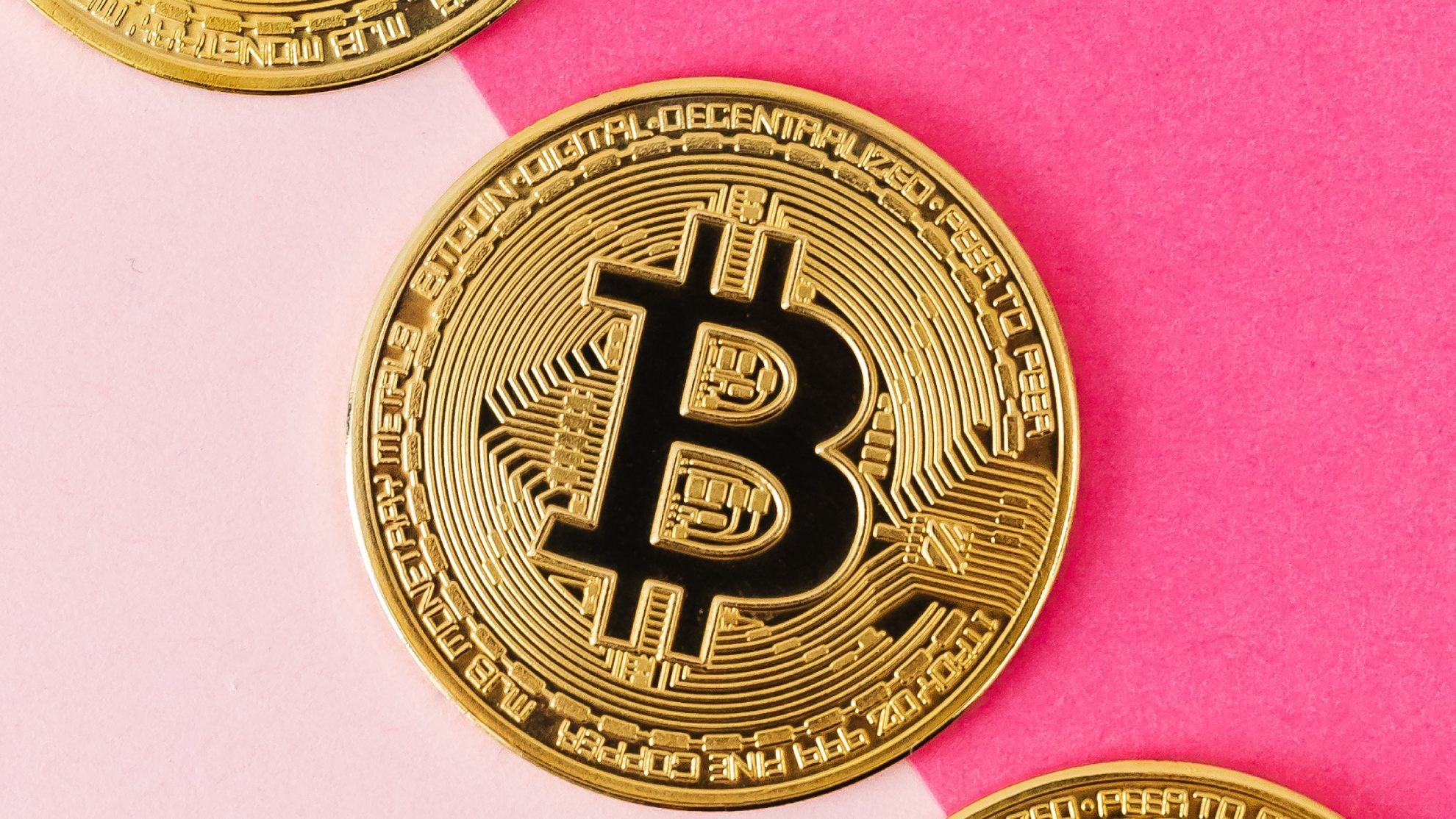 IBM’s Food Trust is an example of an enterprise blockchain, which connects a network of growers, processors, wholesalers, distributors, manufacturers, retailers, and others to trace food supply. The permissioned network provides an immutable, shared record of the food supply chain to increase efficiency, ensure compliance, improve safety monitoring and sustainability, and reduce fraud.

How does blockchain work?

The concept of a blockchain has evolved from several important research papers. In 1991, mathematicians Stuart Haber and W. Scott Stornetta outlined a blockchain system that prevented the tampering of document timestamps. In 1998, Nick Szabo proposed a digital payment system called BitGold using a secure blockchain. Szabo's proposal was a precursor to a white paper written in 2008 by the anonymous Bitcoin developer known as Satoshi Nakamoto referred to implementing a chain of digital blocks to verify transactions on a network.

While traditional databases organize data records into tables with columns and rows, blockchains structure data into chains of blocks that are organized based on their timestamps.

When a user makes a blockchain transaction, the request is set to computer nodes on the peer-to-peer network, which use consensus algorithms to confirm the timestamp and validate the transaction. Transactions are combined to create news block on the ledger, adding them permanently to the blockchain. Blockchains are considered immutable, as once data is added to the chain it cannot be altered or removed.

The first type of algorithm, used on the Bitcoin blockchain, is Proof-of-Work (PoW), which uses computational power from so-called miners to solve complex cryptographic calculations. When miners solve the calculations to validate transactions and add blocks to the chain, they receive new cryptocurrency coins as well as a share of the network’s transaction fees as a reward. They can hold the coins or exchange them for fiat cash or other cryptocurrencies for a profit.

Newer cryptocurrencies have introduced alternative consensus mechanisms such as Proof-of-Stake (PoS), which instead of using highly energy intensive computational power, uses validator nodes that are allocated rewards based on the number of coins they stake, or lock, onto the network. Instead of mining, new blocks are created by staking. Ethereum, the second largest cryptocurrency, is in the process of making the transition from PoW to PoS.

Blockchains use cryptographic keys to perform transactions. The sender uses the public key to initiate an encrypted transfer, while the private key decrypts the information to be able to receive the transfer. The private key is only known to the receiver to maintain security. The address of the public key, the address of the receiver, the private key, and the details of the transaction are encrypted and distributed to the network for validation and then added to the blockchain.

As blockchain technology evolves, developers are creating different network protocols to address issues with the way they operate. Blockchains such as Ethereum are known as Layer 1 networks, while interoperability protocols such as Polkadot and Cosmos are known as Layer 0 networks, and Layer 2 protocols, such as Arbitrum and Optimism are built on top of Layer 1 networks to improve their efficiency and scalability.

Blockchains can be updated to add new functionality or fix bugs and errors by upgrading their software systems. A software update that implements minor changes is known as a “soft fork”, while a major update that requires a new version of the blockchain results in a “hard fork” or spinoff into a new chain.

In some cases, after a hard fork the original blockchain continues to run and there are two projects with different names. This often happens when there is a disagreement among the developer community about whether to implement the change. For example, Ethereum Classic is the original Ethereum blockchain that launched in 2015. What is now known as Ethereum is a hard fork that was created in 2016 following a hack to exploit a flaw in the third-party DAO project, which resulted in the theft of $50 million worth of the Ether cryptocurrency coin.

As blockchains are decentralized and the coding is open source, any developer can build applications and services to run on them. Blockchain projects are also increasingly moving towards introducing decentralized organizations (DAOs) so that they are run by their communities rather than a specific development team. DAOs use tokens to enable community members to vote on governance proposals to shape the direction of development.

What are the benefits of blockchain?

There are several benefits of using blockchains to record transactions. These include:

Blockchains are transparent as each node keeps a copy of the chain and anyone with a node can trace the history of the blocks. Blockchain explorers enable anyone to view the details of each blockchain transaction and the new blocks created. While the identity of users can be kept anonymous, all of their transactions are traceable. As a result, in cases when cryptocurrency exchanges have been hacked, many of the stolen coins have been recovered as the blockchain data shows where they were moved or spent.

Blockchains are resistant to failure and are not controlled by a singular centralized owner. The lack of an intermediary reduces processing costs, and the distributed nature of peer-to-peer networks enables fast transaction speeds. For example, blockchains are increasingly being used by financial institutions to process cross-border transactions, particularly between countries that do not have interconnected payment infrastructure. In regions with unstable financial systems or volatile fiat currencies, blockchain networks and cryptocurrencies allow users to safely store and transfer their financial assets.

The growing popularity of networks like Ethereum is testing the limits of blockchain scalability, causing network congestion and high processing costs, known as gas fees. But the emergence of Layer 2 solutions demonstrates the adaptability of blockchains to add new features as the technology develops.