Definition of ‘Most Volatile Crypto’ - What is most volatile crypto? Volatility is a measure of how much the price of an asset changes over time. In most cases, it is used as a way to assess risk.

What is the most volatile crypto?

Most Volatile Crypto Definition - Volatility is a measure of how much the price of an asset changes over time. In most cases, it is used as a way to assess risk. For example, stocks that are more volatile will experience larger swings in price than those that are less volatile.

Crypto is a volatile, fast-paced world. New coins are created every day and most of them will never see the light of day again. However, some coins have managed to make an impact on the crypto community.

And Bitcoin has made the biggest impact on the market while also becoming one of the most volatile cryptocurrencies.

What does most volatile crypto mean?

Cryptocurrencies can be extremely volatile because their prices are based on supply and demand. Unlike traditional currencies, which are backed by governments and central banks, cryptocurrencies are not regulated.

This means that their prices can change quickly and dramatically depending on market conditions. So, the "most volatile crypto" is the cryptocurrency with the most frequent price change over time.

What is the history of the most volatile crypto?

The most volatile crypto has always been Bitcoin. 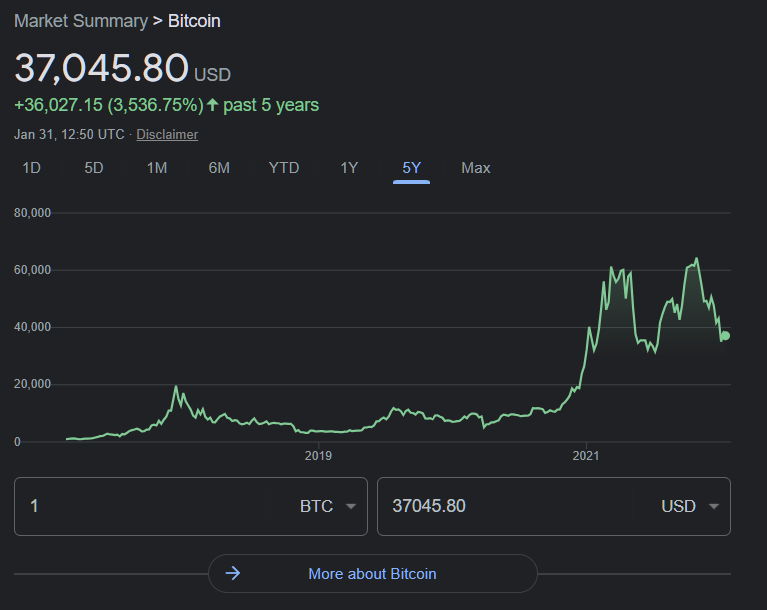 Bitcoin recorded an all-time high $62,000 in 2021. At the time of writing this article, Bitcoin is currently valued at $41,760. This is a huge volatility and it makes it very difficult to predict the future value of this currency.

Bitcoin is usually considered the most volatile crypto, but there are other currencies that have also seen a lot of volatility.